Q&A with Lathan McKay, co-founder of the Evel Knievel Museum

Movie producer, curator, actor, writer, and entrepreneur. Lathan has assembled the largest collection of Evel Knievel memorabilia in the world.

On Saturday, July 1st, 2017, the doors of the Evel Knievel Museum opened in Topeka, Kansas. Today, Gnarly Magazine shares our interview with co-founder Lathan McKay. Jump to page 38 to read what Lathan had to say about the triumphs, the crashes and the undertaking of opening the doors to the building dedicated to the world’s greatest showman: Evel Knievel. Gnarly: You’ve made numerous films on the life and stunts of Evel Knievel — what is it about him that makes you dedicate so much of your time and skills to him?

Lathan: It’s primarily about the message. As a child, my father preached many of the same mantras as Evel Knievel. That I could achieve anything I set my mind to. Following your dreams to fruition. To truly live life, not just exist. I think it’s an extremely important approach to life. Secondly, he was understandably a very complicated, interesting, driven individual. With that comes flaws. Delving into his many layers weaves a fascinating story of legend and legacy. A story derived from pure passion that continues to inspire the world. How big of an undertaking —from a financial and time standpoint— did it take to get the doors of the museum open?

Massive is an understatement. In retrospect, it was as much pain as it was pleasure. Riding a whirlwind. Risking your financial and physical health for what started out as a dream in February of 2012.

Myself, Robby Hull, L. Scott Wiley and Marilyn Stemp all teamed up in succession. The idea was to obtain enough memorabilia for a traveling exhibit and eventually open a permanent museum. Hull and I bounced ideas and historical factoids off of the definitive Knievel historian, Wiley. While I was on a planes, trains & automobiles-esque existence coined Evel Archaeology. Once we acquired Big Red, Evel’s iconic Mack show truck, there was no turning back.

I can’t say enough about this man and the Historic Harley Davidson team. Think relay race. I had run far too fast with what felt like the weight of the world on my shoulders. Mike took the baton and ran like hell with it. The next two years were tirelessly spent restoring the most famous big rig of all time. Big Red. During the restoration, the decision was made to build the museum in Topeka, Kansas. Coming down to the wire we faced one last huge hurdle. To open for business we needed the elusive X2 Sky Cycle. I had negotiated for several years and in the last hour local businessman Jim Caplinger not only teamed up but brought his legal expertise to the rescue. The Sky Cycle was returned stateside after residing in Canada for nearly twenty years.

Why Topeka you ask? Because this is where people stepped up while others wouldn’t. They put everything they had on the line.

Evel’s goal was to have a museum. This journey shared many parallels with his career and those in his family and crew. The band was back together so to speak. Does Harley Davidson have an official partnership with the museum?

Mike Patterson’s Historic Harley Davidson of Topeka. Third generation Harley dealer. The museum is attached to his dealership in a 16,000 square foot addition that they added to their building for the museum. Corporate Harley-Davidson is not financially involved with the project but is aware and supportive of the attraction.

How involved has Evel Knievel’s family been with the museum? Can you tell us a little bit about that?

Probably my favorite part of this story. The connectivity of family and crew. In 2013 I licensed Evel Knievel Enterprises and was thrown into a Knievel family crash course. You could have a good time with them at an insurance seminar. They are all very interesting in their own right with just enough Evel to keep you in line. They have been so supportive and just as sentimental as us all.

Some of the most personal and important memorabilia came from them. Saved for many years only to be housed in a museum dedicated to their father’s legacy. We couldn’t have done this without them. Left to right: johnny Knoxville, Ascot’s Chris Agajanian, Lathan McKay at the premiere of their film, Being Evel, August 2015

Any pushback from anyone?

Absolutely. Everyone thought we were crazy, especially my family and financial advisor. The larger the goal the higher the hurdles. The world according to Evel Knievel.

What has the reaction been like since you’ve opened?

Nothing but positive. Its reach is multi-generational. On the one hand, you have people who were at just the right age to have experienced a live Evel Knievel performance in the seventies. Now to be relived. That experience can now be passed onto their children and so on. It’s a one-stop educational shop for anyone that loves American history and inspiration.

What’s the reaction like between the younger people and the older people when they see Evel’s stunts, especially the wrecks?

It’s all duality. Comparing then and now. The crashes are scary as well as exciting. If Evel had never crashed the element of the unknown is greatly removed. There are several things that put Evel in an untouchable class all his own. He jumped 300-500 plus pound motorcycles with little suspension to speak of. The XR-750 being the lightest and most powerful.

Even flat track bikes that were not designed to leave the ground let alone fly through the air. Hence his crashes being much more dramatic than say a contemporary motorcycle designed for jumping. He also used straight take off and landing ramps made out of the heaviest lumber on earth. It’s night and day. Speaking of wrecks, is Evel the legend that he is today if he makes the Caesars Palace fountain jump? It’s almost as if his legend is built around, not only his swagger but his ability to get up and keep jumping, no matter how horrific a crash was or how dangerous the next one would be.

The crash heard around the world. Most people think the real birth of Evel Knievel was his failing at Caesars. I believe it lies strictly in the fact that he healed up and got back on the horse. He was equipped with hardware most people could never dream of.

I don’t believe any of his crashes were failures because he pulled the trigger no matter the consequence. That says a lot about a man. There is a lot of skill involved in motorcycle jumping but it’s primarily mental. His ability to activate the focus to get the job done was like no other. It definitely catapulted him into a broader audience but he still had a few lean years ahead of him before becoming the most famous man in the United States. He suffered some of his worst injuries post Caesars primarily due to the 500 plus pound Laverda “American Eagle” motorcycle. Crashing roughly fifty percent of the time.

Fast forward to 1974. Equipped with his Harley Davidson

XR-750 and even bolder red, white and blue leathers and cape. More charisma than a rock star on two wheels.

Evel designed a pinnacle year of bigger and further jumps all leading up to the Snake River Canyon launch. He knew he was reaching very unsafe distances and had to maximize the publicity and monetary gain before hanging it up. Talk about perseverance. Is there a wing of the museum dedicated to Evel’s x-rays or medical paperwork?

The X-Rays have always been a fan favorite so we went above and way beyond with the broken bone’s exhibit. We worked with a world-class interactive display company that created a touch screen large-scale video display that allows you to move your hand over Evel’s body exposing his bones. When you come to a bone that has been broken it provides a hotspot allowing you to look at the video and or pictures from the jump or jumps that caused the breakage, information about the jump and the ability to see Evel’s actual x-rays of the fracture. We have over 40 x-rays loaded into the display. It’s a popular exhibit.

What would you say is the most surprising fact that you’ve learned about Evel?

I’d have to say nothing about him surprises me. He was larger than life on every level. The personal stories told by his family and crew are my favorite. He was a real character.

What do you want people to come away with —especially the younger generation— when they leave the Evel Knievel museum?

That you can achieve anything you set your mind to. That passion, vision, and drive equates to one thing–fruition. Born Robert Craig Knievel on October 17, 1938, Knievel was nicknamed “Evil” by a police officer who locked him in prison for stealing hubcaps.

Knievel got his first motorcycle at age 13. He then crashed it into a neighbor’s garage while showing off. The crash started a fire.

Knievel claims his first motorcycle jump was a publicity stunt to save a failing Honda dealership. He attempted to jump his bike over two mountain lions and a crate of rattlesnakes. He landed in the snakes.

On New Year’s Day in 1968, Knievel attempted to jump 151 feet over the fountains at Caesar’s Palace in Las Vegas. He crashed, breaking his pelvis, hip, and multiple ribs. He spent 29 days in a coma. And lived to ride again.

At the height of his career, Knievel successfully jumped once a week and earned $25,000 per jump.

Knievel wore a white outfit with red and blue trim because he wanted to appear different from Hells’ Angels bikers, who almost exclusively wore black leather.

In 1971, Knievel set a record by leaping his motorcycle over 19 cars. The record stood for 27 years.

The Guinness Book of World Records once erroneously reported that Knievel had broken a total of 433 bones in his lifetime. The number was later revised to 35.

Knievel owned a diamond-encrusted walking cane that he filled with Wild Turkey.

All of Knievel’s records have been broken by his son, Robbie, a.k.a. Evel Knievel II.

Over the course of his career, Knievel spent so much time planning for crashes that he effectively practiced for failure more than success.

Following his retirement from stuntwork, Knievel suffered from or underwent: A stroke, bleeding esophagus, idiopathic pulmonary fibrosis (incurable lung disease), broken ribs, a broken hip, spinal-fusion surgery, and a liver transplant. At the end of his life, he was taking more than 50 pills a day and had a morphine pump attached to his abdomen. He died November 30, 2007. 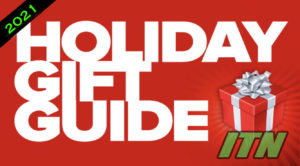